The first story in the ‘Dark Horse’ series has hit the virtual bookshelves at Luminosity. 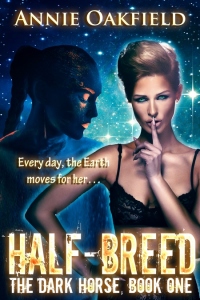 Half-Breed is the Pilot episode of my new Dark Horse series. It follows the adventures of Aurora Silvestre,  a reluctant kick-ass heroine, who is struggling to maintain the appearance of a human woman as she works behind a bar in Quincy, Massachusetts.

The price she must pay for her humanity is to mate regularly with men, which stabilises her DNA (and allows for plenty of sexy adventures with the men of Quincy). If she fails to have sex every four days, the aggressive alien genome within Aurora will surface and wipe away every trace of her humanity, exposing her to a mistrustful America.

But her secret is out. Someone in authority is on her case.

But what will he do with the information?

Read about Aurora’s adventures in the first book now. 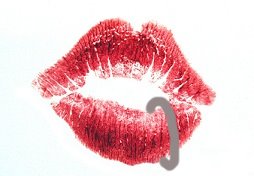