My author interview with H.C. Brown is now live and available to read here.

It coincides nicely with the fact that The Bucket List Part Two (Caught) has now been released! Yay!

and of course from the gorgeous team at SteameReads

It’s here! I’m pleased to be able to show you the finished cover for TBL2 – Caught. This was created by the same artist who put TBL1’s cover together – and I could give her (or him…I’m not 100% certain) a great big kiss for this effort.

The early mock-ups had a nice tidy bed and no handcuffs, so I was very happy to see the changes – this cover is more in keeping with all the naughty goings-on in TBL2. I love Amber’s (on the right) sultry, calculating expression and Lucy (on the left) looks suitably uncertain of what’s about to happen.

I’m hoping to be able to announce the release date soon – so watch this space.

TBL3 – Flames of Passion  is now completed and has been sent off to SteameReads. I’m already wondering how THAT cover is going to look. Eight naked firemen should make for a sizzling hot cover. 😀

*Scurries away to begin writing TBL4 – Chilled Out.* 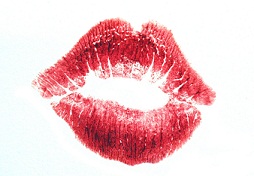 This is one for all you guys out there…It’s research for my new novella (The Bucket List – Part Three), so don’t get your hopes up. This isn’t a Facebook bring-one-bring-all party. 🙂

I’d like to hear from at least a hundred guys (just to make the maths simpler) – who would be happy to gang-bang my girl Lucy (the one on the right in the cover picture for TBL1) if there were seven other guys standing in line, waiting their turn to take her?

In fact, some of them may already have been there, so you’d probably be second, third, fourth or even higher on her score card.

This next bit’s for my own curiosity;

Would you be able to perform?

Would you be happy to have other guys watching you?

Would you mind being the eighth guy in line or would that just gross you out?

Would you go round again?

Please add more than just ‘Hell, yeah!’ if you can – it’s all for literature!

Today’s Six (seven) Sentence Sunday is an excerpt from the forthcoming ‘The Bucket List (Part Two) – Caught’, soon to be available from SteameReads.

Amber and Lucy are caught in the bed of a department store by a security guard, who immediately threatens to call the police.  Quick-thinking Amber offers him a glimpse of her body, but the guard is greedy for more.

At this point in the story, Amber has submitted to the store guard’s wishes and is partly undressed, having removed her blouse and her bra. BFF Lucy watches in horror as Amber is molested by the guard – his reward for not making the arrest official.

After about thirty seconds of fondling Amber’s breasts, the guard straightened up as if he’d made a decision.

Amber’s shoulders sagged minutely, but she rose to her feet and faced the big guard, who was now standing right in front of her.

“Take off the skirt,” he said.

Amber complied, moving deliberately slowly, pulling down the short zip and shrugging the skirt off her hips where it slumped to the floor to pool around her ankles.

“And the knickers – drop them.”

“Amber…” I whispered, my heart sinking into my shoes.

It occurred to me the other day that we enter into a sexual relationship with very little idea of what lies ahead of us. For the guys, their hope is for a thoroughly satisfying orgasm.  For ladies, the same would be nice, but add to that some respect, tenderness and hopefully a dash of fun too. Sex doesn’t have to be serious…

No, when we close the door (in most cases, but not all) we cross mental fingers and fervently hope that the evening won’t be a total disaster. Orgasms and fun would be nice. Erectile dysfunction, puking and unsanitary messes are not on the list, thank you.

That’s all expected – and sometimes it goes almost to plan. But what of the route to that final, satisfying sigh? What of the methods used to bring each other to that happy non-faked place?

And even once the clothes do come off, who agrees on the oral fun? Who goes first? Foreheads could bruise if both parties drop to their knees at the same time.

Have you ever had one of those encounters where the guy just won’t go down on you, no matter how much pressure you apply to the top of his head? Or where he’s determined that missionary is best, even though you desperately need to be taken doggy-style?

I know that many of you will say that communication is the key here, but unless you are the assertive sort, it may be felt that to insist (i.e. hint strongly by tweaking your lover’s ears – or genitals!) on something will upset the other party. Gentle ushering, begging, making doe eyes and saying ‘please lick me…for at least eight to ten minutes and only then may you enter me using position B’ is one way, but it’s a tad clinical, wouldn’t you say?

Another useful method is to coo into his ear that you are loving what he is doing (still trying to get his socks off), but it would just be so HOT if he would just do one little thing (get on the same side of the sheets as you / insert favourite pleasure here).

It’s obvious that working everything out beforehand isn’t feasible (or sexy – unless you’re an accountant or a quantity surveyor) but we stumble into new clinches with very little idea of what we’re doing – or how the other person is wired up.

But, then, isn’t the thrill of the unknown all part of the fun? 😀

I don’t know if it’s just me, or if anyone else can relate to the unfairness of sex. I spent last night in the pleasant company of two bisexual guys and we all had a great deal of fun – three ways.

This experience was partly research for a new short story idea, and partly to ease an ache to be filled (you know what I mean, right ladies?). No-one can say that I’m not committed to my art. 😀

I wanted to get the low-down on how guys fuck (each other) and I was surprised by a couple of things that I thought I knew – but clearly didn’t!

At some point during their demonstration I found that I was so turned on by their fucking that I couldn’t help but gravitate towards the bed – and found myself getting fully involved with both of them.

Anyway, to get to the point, I was appalled to find that an hour or after having had a thoroughly pleasant time with these guys (and reaching the point where I had to wheeze ‘stop – please!’) that I retained no sensation of the evening’s activities at all.

Nothing. Even the warm glow in my tummy had faded.

Sure, this morning my thighs and my butt cheeks ached (I was trying to be uncharacteristically flexible in order to try out ALL the positions), but if last night had been a drunken haze, then this morning I could NOT have been certain that anything other than some light gymnastics or some over-enthusiastic dancing had taken place.

What the hell?  Where’s the lasting afterglow?  Where’s the week-long ‘ahhhh’ that should follow sex? It’s as if my body has just shrugged and said ‘right, now let’s get on with the day.’

What am I doing wrong?  Am I being too vanilla  (Hello…threesome?  Bi-guys in all three…ahem…too much info)?

No, I’m sorry, it’s just not good enough.  Mother Nature, I want a word with you! I want a memento of last night’s undignified hammering where I got nailed…um…damn it, I can’t even remember how many times!

STOP PRESS; I was showering a couple of hours later and realised that my nipples were unusually tender from the rough treatment they’d received.

BIG DEAL! I could’ve gotten the same sensation from jogging round the park in a cheap bra… 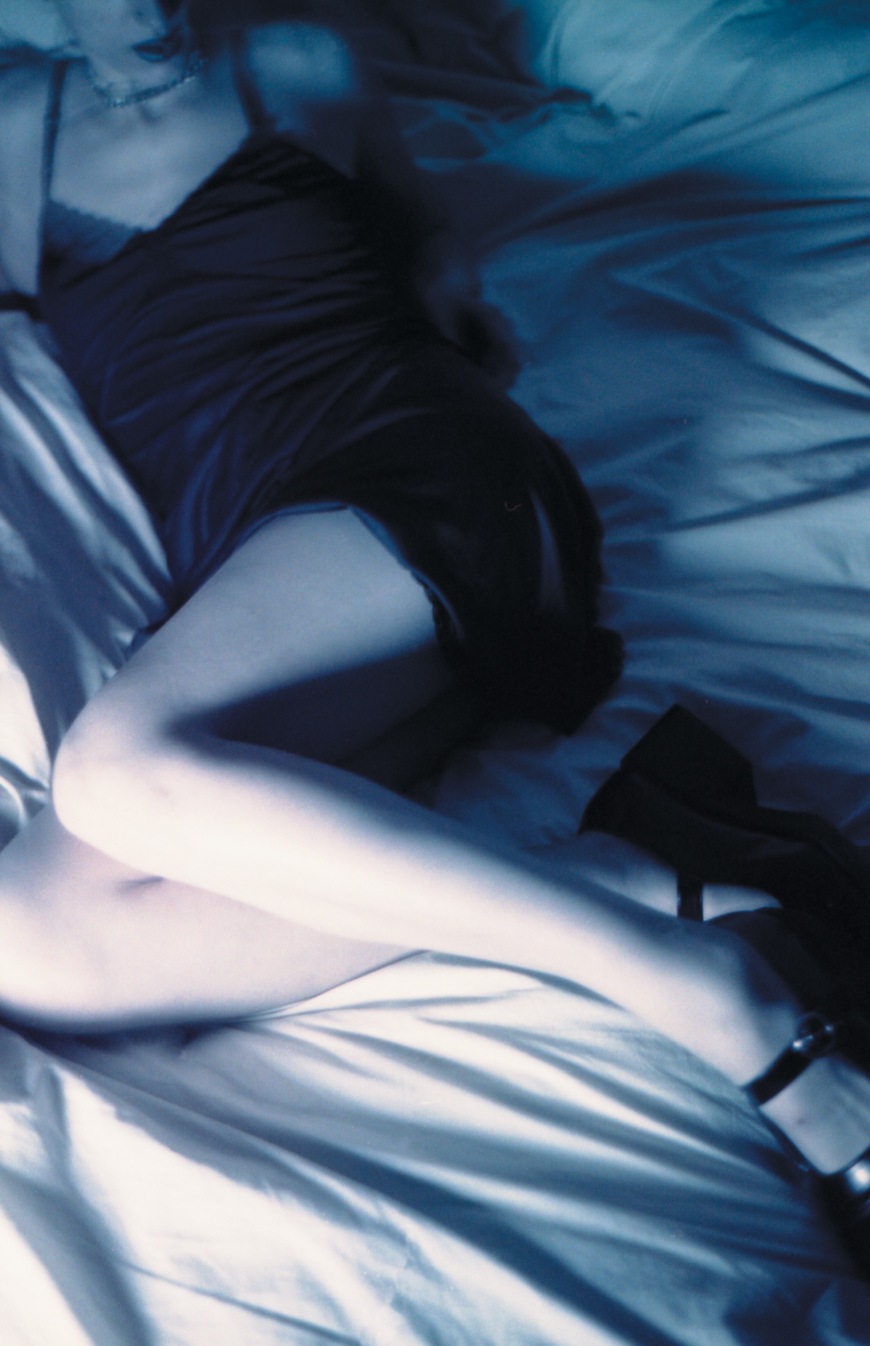 This week’s Six Sentence Sunday is from the upcoming novella and second Bucket List story, ‘Caught.’

Amber has lured her BFF Lucy to the bed section of a large department store. It’s late in the evening, and no-one appears to be around.

She indicates the largest, softest bed in the store…

“I just love this bed,” she said,  “and I wondered how it would feel to share it with you – when we get our own place.”

“Are we going to have to move?”  I was crushed.

I’d grown to love the big house;  wandering around its vast space, naked or clothed, I’d experienced a freedom that had been akin to childhood memories, when cares were few and quickly forgotten.

“Course not.” My eyes stung with relief.  “Never…I love…that house.”

I’d nearly said ‘I love you’ but that suddenly felt awkward.

All right, that was more than six…but I soooo wanted you to get the full flavour of the love between Amber and Lucy.

Amber has lured her BFF Lucy to the bed section of a large department store. It’s late in the evening, and no-one appears to be around.  Amber sashays up to me (Lucy), smiles and then…

Her large soft lips pressed against mine.

In a moment, she was devouring me, her eager mouth engulfing mine, lifting me away from the cares of this world and into a weightless dreamy oblivion.

I sank into bliss and tiny moans crept from my throat – until I remembered where we were and broke the kiss.

“Amber, we’re in the middle of a department store.  The place is closing.  We’ll get locked in…”

“Not such a bad thing,” Amber cooed, taking hold of my chin to turn my head back towards her. 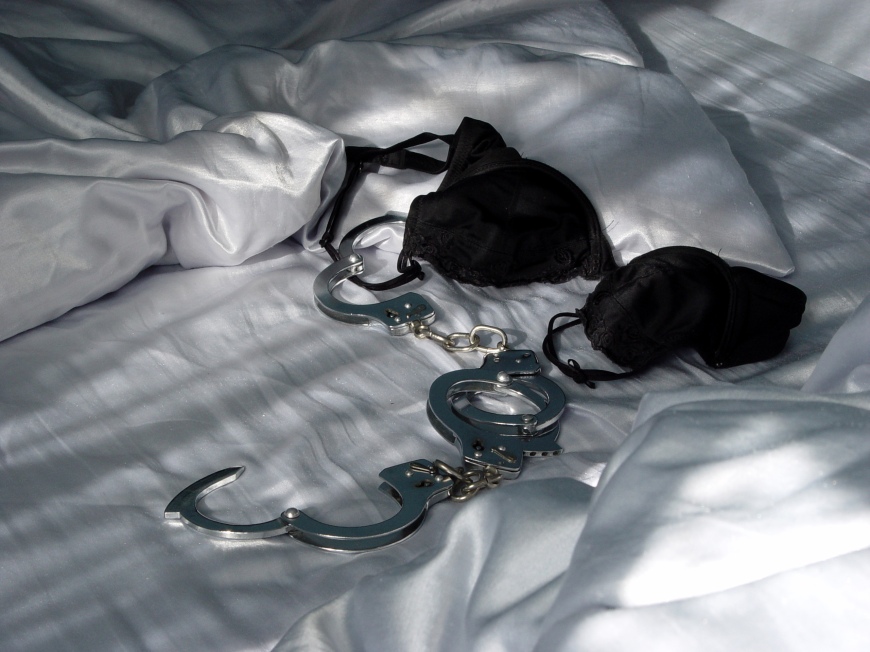 Following on from the apparent success of ‘The Bucket List Part I’, today I begin work on ‘Part 2’.

The story will once again feature the delicious wildcat Amber and shy-until-horny Lucy.